The SESAR 2020 PJ-31 DIGITS has been awarded the “Enabling Technology” prize in this year’s ATM Awards, in recognition of its success in demonstrating initial trajectory sharing and bringing us one step closer to trajectory-based operations.

To carry out these demonstrations, a total of 90 Airbus aircraft (A319/A320/A321) were equipped with the CPDLC/ADS-C standard called ATS Baseline 2 (ATS B2). As well as the updates to the existing CPDLC messages, the innovative technology relates to ADS-C, the automatic dependent surveillance contract, which enables the downlink of the Extended Projected Profile (EPP) from the flight. The EPP provides the aircraft’s trajectory in four dimensions which can then be displayed to the controllers. It provides early warning of unexpected manoeuvres by improving predictability for the controller when displaying the aircraft’s intentions, enhances the ground trajectory prediction, and can be shared between ground units.

By the end of the project, approximately 20,000 successful flights had connected in shadow mode, with 12,000 of these linking to controllers working on the pre-operational MUAC system. In total, more than 1,400,000 ADS-C transactions were logged. The project required pilots from the participating airlines and a selected group of Maastricht controllers to be trained to use the new functionality and avoid increasing complexity in an already demanding environment. DIGITS has shown that this introduction is not only possible, but also desirable, with much positive feedback and suggestions for further improvement.

Over the course of two years, the project successfully proved, via live pre-operations at Eurocontrol’s Maastricht Upper Area Control Centre (MUAC), shadow mode in Germany (DFS), Italy (ENAV) and UK (NATS), and connections to the Experimental Centre in Brétigny, that the European Commission’s Common Project #1 AF6 Initial Trajectory Information Sharing is on track for implementation. The DIGITS project has taken a major step towards trajectory-based operations, and has proven that the ATS B2 technology is ready to be rolled out more widely. 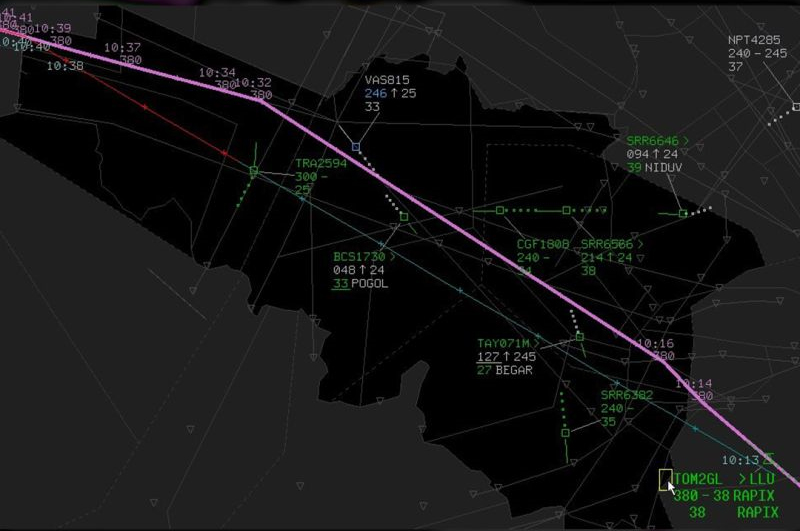 This project has received funding from the SESAR Joint Undertaking under the European Union's Horizon 2020 research and innovation programme under grant agreement No 731818.