This candidate solution introduces a second runway aiming point (SRAP) as a new concept of operations. SRAP is a new enhanced arrival procedure (EAP) that improves runway performance by using two active thresholds on a single runway and may make use of GBAS or SBAS navigation systems. In doing so, the candidate solution enables inbound aircraft to reduce fuel use and noise footprint impact in areas surrounding the airport. It can also lead to reduced runway occupancy time and/or taxi-in time, while also allowing increased capacity as a result of optimised wake separations.

The SRAP concept is a published approach procedure that enables aircraft to land on a second aiming point located further down the runway created with associated runway ground markers, lights and visual aids. The glide slope for the SRAP procedure operates in parallel to the nominal one operated for the first aiming point.

Choosing a SRAP approach (over the conventional one) is the result of the best compromise between available runway length, preferential runway exit use, noise, wake turbulence separation constraints, and the runway occupancy time. 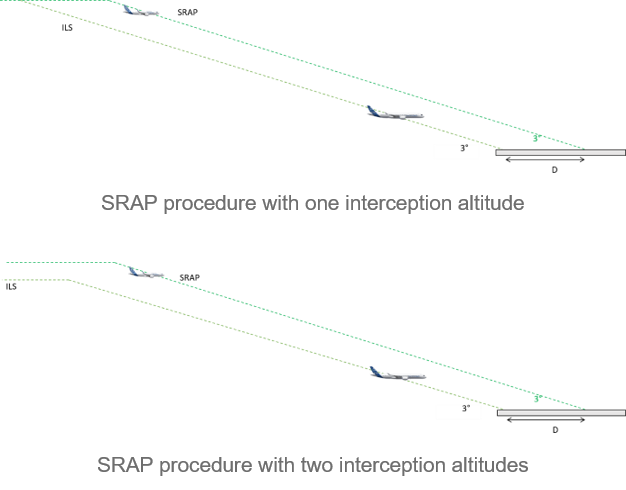