Although uncertainty exists about the exact timeline for air traffic recovery in the short term, global forecasts are clear: tomorrow’s air traffic will be increasingly dense. In fact, this outlook raises vital questions about the aviation industry’s future environmental footprint. As a result, ATM is becoming an increasingly important - and complex - focus area.

After two years of experimental entry-into-service programmes and more than 20,000 flights carried out by about 90 A320 aircraft from six airlines (Air France, British Airways, EasyJet, Iberia, Novair and Wizzair), the DIGITS project led by Airbus alongside more than 15 partners came to an end in 2020. The project focused on analysing the real-time transmission of four-dimensional trajectory data (Latitude, longitude, altitude, time) as a solution to better inform ATM operations. And the findings are very encouraging.

“High stakes are behind this project,” explains Jean-Brice Dumont, Airbus Executive Vice-President, Engineering. “Thanks to the transmission of four-dimensional trajectory data, ATM will be able to improve, optimise and better predict an aircraft’s trajectory, thereby enabling us to immediately and concretely reduce our environmental footprint. It will also help us design the ATM system of the future, an endeavour that Airbus has undertaken alongside our other stakeholders in the SESAR [2020] programme.”

Two scenarios illustrate how improved trajectory prediction could make a positive impact on an aircraft’s environmental footprint. For example, during periods of heavy airport traffic, such as summer holidays, air traffic controllers often divert some aircraft to holding patterns (i.e. an oval course flown by aircraft awaiting further landing clearance) to better organise arrivals queuing in the terminal area. In another example, ground control often requests an aircraft begin its descent before its optimum top of descent (TOD) - or the point at which the planned descent to approach is initiated - due to a lack of accurate visibility of an aircraft’s optimum trajectory.

In these scenarios, the aircraft must either fly additional time or must withdraw from its optimal trajectory, which requires more fuel consumption and consequently, increases CO2 emissions. In fact, if flying in a holding pattern at 10,000 feet and at 220 knots, an A320 Neo consumes 25 kg of fuel per minute, or 100 kg for a four-minute holding. In addition, these scenarios could result in delayed arrivals, disrupt the departure flow, and increase workload for both controllers and pilots.

However, by transmitting complete, up-to-date information about its trajectory, an aircraft can send air traffic control invaluable data that is essential for better decision-making. The result is more efficient and better coordinated management of optimised aircraft trajectories, which will lead to increased safety of air traffic operations in general.

Assisted by a system fed with this knowledge, the controller in the previous two scenarios will thus be able to request a precise adjustment in the aircraft’s cruise speed to avoid diversion to a holding pattern in the airport terminal area and to enable optimum TOD - an action that will lead to reduced CO2emissions. Specifically, fuel savings could be up to 10 kg, or the equivalent of approximately 32 kg of CO2, if an aircraft descends from its optimum TOD. When calculated over an entire year for a European jet fleet of about 5,500 aircraft, the savings could be as high as 65,000 tons of fuel.

In 2021, the solution is expected gradually enter into service across several European countries (i.e. France, Switzerland, Hungary, Bulgaria, Poland, Spain) thanks to further demonstrations done through SESAR PJ.38 ADSCENSIO project. This will involve the development of a centralised shared trajectory data platform. 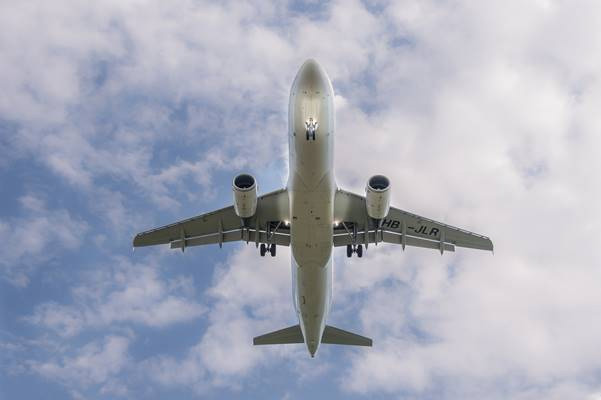 These projects have received funding from the SESAR Joint Undertaking within the framework of the European Union's Horizon 2020 research and innovation programme under grant agreements No 731818 (DIGITS) and No 101017626 (ADSCENSIO).