Air traffic controllers joined a recent SESAR 3 JU validation campaign in Rome in a near-operational environment to evaluate the introduction of advanced conflict detection and resolution tools, that will allow controllers to have a more effective and safe separation management. Led by Leonardo in collaboration with ENAV and Deep Blue, the real-time simulation was conducted within the context of SESAR Horizon 2020 PJ.18-W2 4DSkyways project.

The validation, which took place in mid-October, focused on the use of both a tactical conflict detection tool enhanced with extended projected profiles (EPP) trajectories downlinked directly from aircraft via ADS-C reports, as well as an automatic conflict resolution tool, optimized for the suggestion of resolution advisories minimising controller workload and aircraft fuel burn.

Thanks to ADS-C technology, aircraft have the capability to downlink their predicted trajectory (extended project profile) directly from their on-board flight management system (FMS) to the ground system tools. Such information is very valuable since it offers an accurate real-time picture of flight intentions and aircraft performance (lateral & vertical profiles). Data is fed into controller working positions directly for immediate visualization, and into a tactical conflict detection tool, empowering its baseline behaviour, allowing controllers an overall greater situational awareness, and the ability to detect and resolve more effectively potential trajectory conflicts, thus improving the general level of safety.

Automatic conflict resolution advisories fully support controllers in assessing the most appropriate resolutions of detected conflicts. Optimisation factors drive the what-next analysis and allow a fast identification of optimal resolutions: those closer to the current situation (thus minimising controller workload) and the most eco-friendly one (minimising aircraft fuel burn). Moreover, controllers are allowed to request on demand the complete set of available resolutions, thus receiving support for what-else analysis, and they are finally supported to quickly issue the suggested resolutions directly from the resolution advisory with a simple click. All such advanced functionalities allow controllers to improve the general air traffic control performance.

About the validation exercise environment and platform

The operational environment used for the validation exercise was the Milan air traffic control centre (ACCs), one of the four in the Italian airspace served by ENAV. Several controllers from the four Italian ACCs participated in the simulation, which comprised 11 runs of about one hour in 2 different sectors configurations (both in en-route and approach sectors). Traffic samples were based on historical data and slightly modified to implement medium density and medium complexity traffic as appropriate for the validation.

In order to obtain reliable results in a simulation environment an ad hoc platform was developed, based on the state-of-the-art 4-Flight system (the next generation ENAV’s air traffic control system developed by Leonardo), enriched with specific prototypes developed by Leonardo for supporting the advanced concepts addressed by the validation exercise, and a simulation infrastructure provided by ENAV’s National Test Facilities supporting realistic aircraft behaviour and computing EPP trajectories similar to the ones provided by the aircraft FMS.

The first results obtained from post-run debriefings suggest that controllers found the use of downlinked ADS-C EPP data in the ground system beneficial, since EPP data bring complementary information supporting the assessment of a potential loss of separation in a tactical horizon. Moreover, potential benefits are foreseen in the automatic suggestion of conflict resolution advisories, e.g., helping controllers in identifying resolutions more effectively and/or more quickly, or avoiding the “blind spot” phenomenon (typically characterized by failure to detect a potential conflict with closest aircraft), which may occur in the assessment of a conflict resolution.

A mixture of quantitative and qualitative data collection techniques has been used to assess the exercise validation objectives (over-the-shoulder observations, questionnaires, debriefing sessions, system data logs). All data recorded during the validation exercise and gathered in the questionnaires and debriefing sessions, led by Deep Blue’s human performance experts, is now being processed to feed the PJ.18-W2 Solution 53A validation report. Key performance indicators (KPIs), metrics and translation mechanisms will be put in place to assess fulfillment of the defined success criteria. 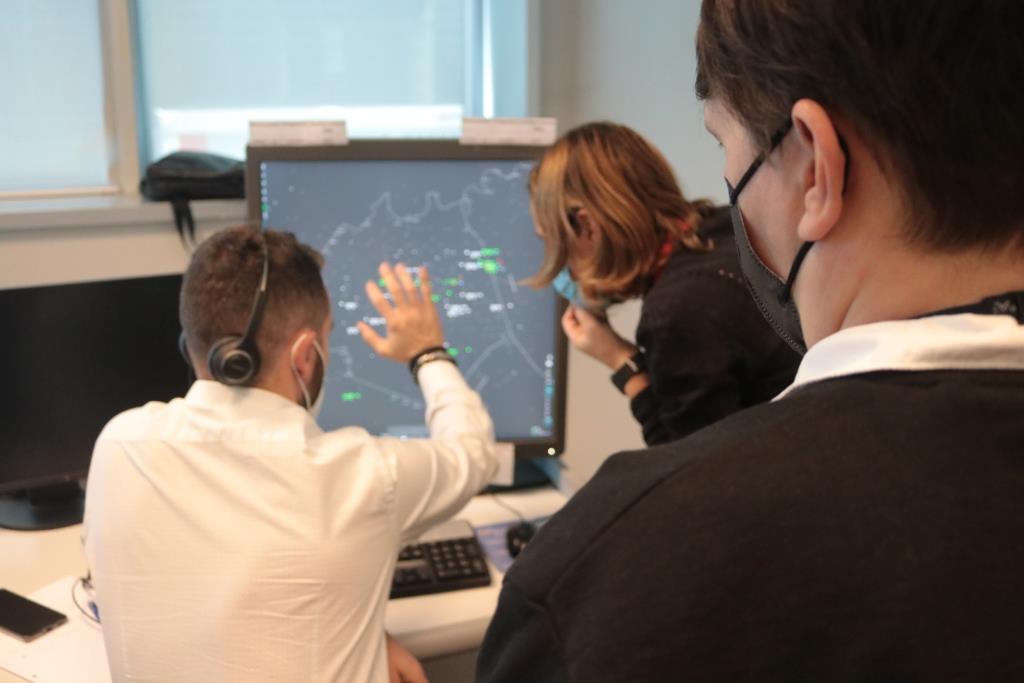 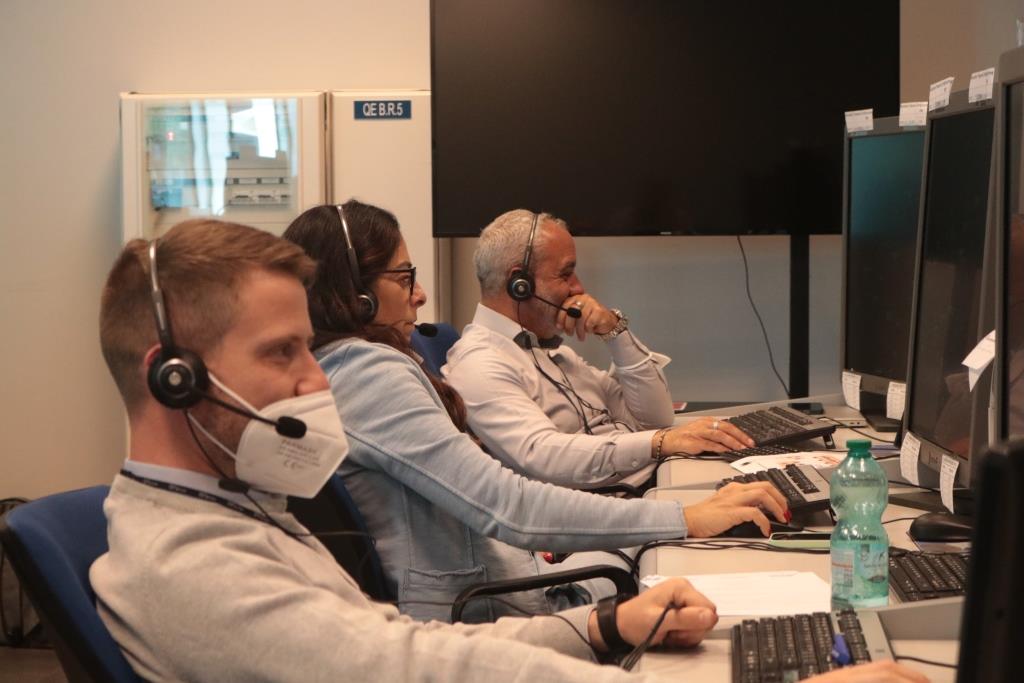 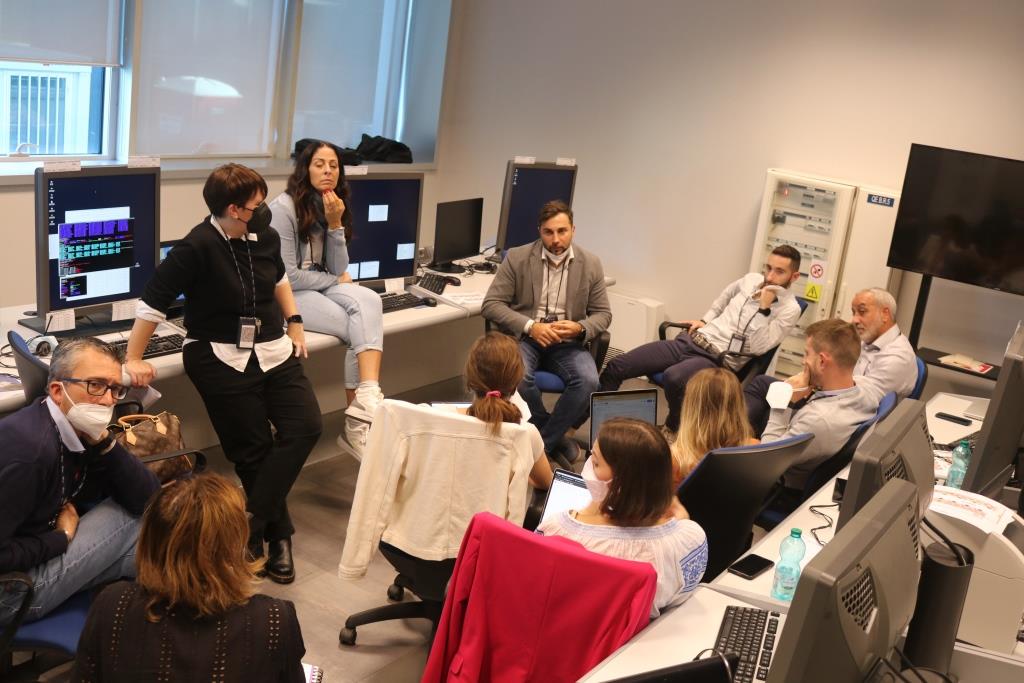 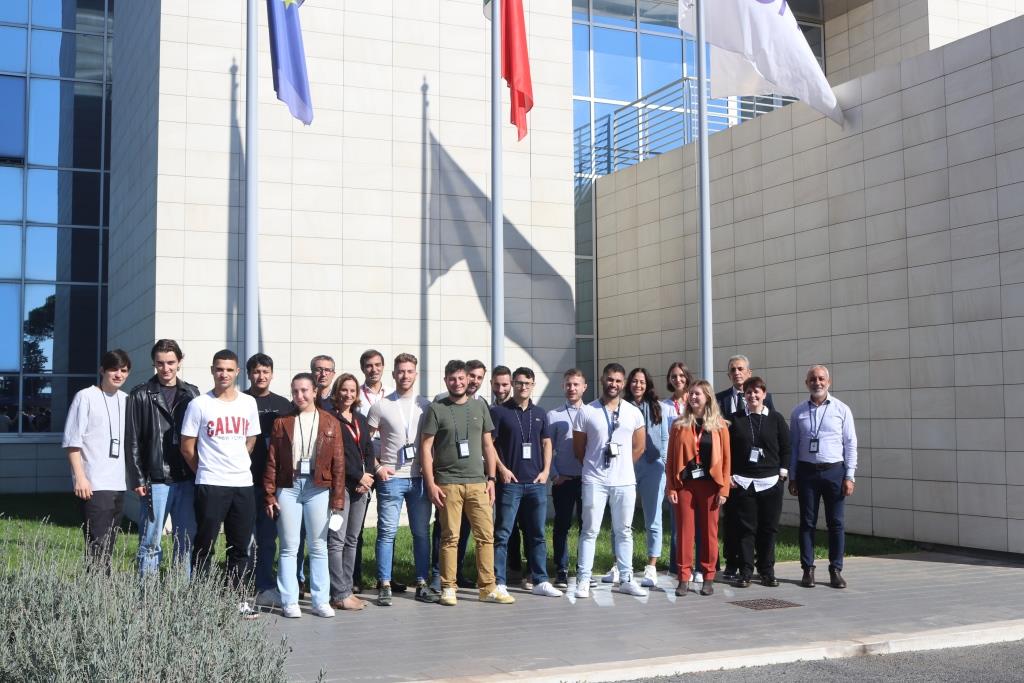