Advances in automation technology could mean that one day only one pilot is needed in the cockpit of commercial aircraft. SAFELAND, a SESAR research project, is investigating the feasibility of this move to single-pilot operations and what needs to be done to ensure the safety of such operations. 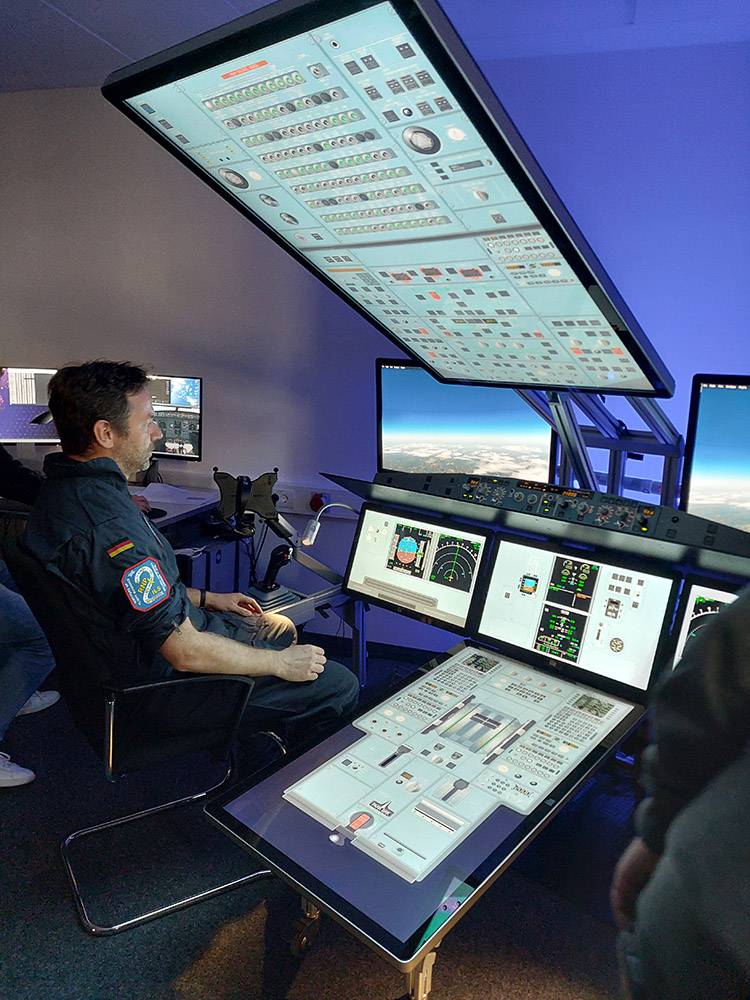 What are single pilot operations and are these already a reality?

Under current EU regulations, at least two pilots must be present within the cockpit of commercial flights. But new advances in technologies open up the possibility to certify single pilot operations (SPO), either for certain portions of the journey, such as when cruising, or for the whole flight once the technology is mature. The introduction of greater levels of automation in the cockpit would therefore allow the pilot to focus on more strategic and safety-critical tasks.

What happens if the pilot becomes incapacitated during a flight?

A key requirement for the implementation of SPO will be preserving the safety levels as in current multi-pilot operations, and addressing risks such as in-flight pilot incapacitation. These safety requirements are at the core of the operational concept developed by SAFELAND, which aims to support a single-piloted aircraft during the flight and landing in case the single pilot on board becomes incapacitated at any point.

What is the SAFELAND consortium working on?

The SAFELAND concept is predicated on the interaction of a ground-based operator working from a remote ground station position with on-board automation and air traffic controllers. The concept includes the description of the foreseen operational processes and procedures allowing the transition from single-piloted aircraft to remotely piloted aircraft (RPA) in case of incapacitation, together with an analysis of any technical, legal, and regulatory implications.

What changes will be needed in the cockpit/on the ground?

The SAFELAND concept assumes that the single-piloted aircraft is equipped with more sophisticated automation than the current CS-25 certified aircraft (e.g., onboard pilot health monitoring system, reliable and sufficient command and control - C2 - data link, and an advanced system capable of autonomously land the aircraft).

In addition, the concept envisages remote pilots operating from the ground to monitor single-piloted aircraft, to support the single pilots upon request and, if necessary, to intervene and take over control of the aircraft.

Furthermore, no significant changes to the tasks and responsibilities of air traffic control (ATC) and the airline operations control centre (AOCC) are foreseen in the SAFELAND concept, since the incapacitated aircraft will be handled following standard emergency procedures.

How are you collaborating with other research projects in this field?

SAFELAND is participating in the “Remotely Piloted Aircraft Systems (RPAS) projects collaboration panel”, together with other SESAR research projects (i.e., INVIRCAT, PJ.13 - W2 ERICA, URClearED, and CORUS-XUAM) with a view to accommodating and integrating remotely-piloted aircraft systems (RPAS) in non-segregated airspace. The panel’s mission is to generate synergies and discuss results to avoid duplication, redundancy and contrasting approaches in the research carried out in the different projects.

SAFELAND is also collaborating with the H2020 project SAFEMODE in the development and implementation of a Low-Fidelity Simulation (LFS) tool that allowed a preliminary evaluation of the operational concept before the Real Time Simulation (RTS).

How could the results of your project be used by the authorities, ANSPs (Air Navigation Service Providers), end-users?

The results of the project could support the rulemaking process by the authorities, in particular those regulations related to the rules of the air, operations, aircrew and “ground crew” competencies (e.g., training, assessment, etc.), functions and responsibilities of people involved (i.e., pilot in command, air traffic controller (ATCO), remote operators in the ground station). Several other regulations currently in force may also need to be updated, incorporating provisions for SPO and remote operators. The results may also boost new competences for ATCOs, to better address the SPO and relationship with the remote operators in the ground station.

What benefits do you hope your project will bring?

SAFELAND is an exploratory research project, so our concept is still relatively low in maturity. Our goal was to explore the feasibility of a high-level operational concept, evaluating the acceptability of roles and distribution of responsibilities between ground station operators, air traffic controller, and automation, and identifying the most efficient use of resources to compensate for incapacitation.

Our results, complemented by regulatory and legal analyses as well as preliminary safety and cyber-security assessments, will represent significant progress in the advancement of research into SPO.