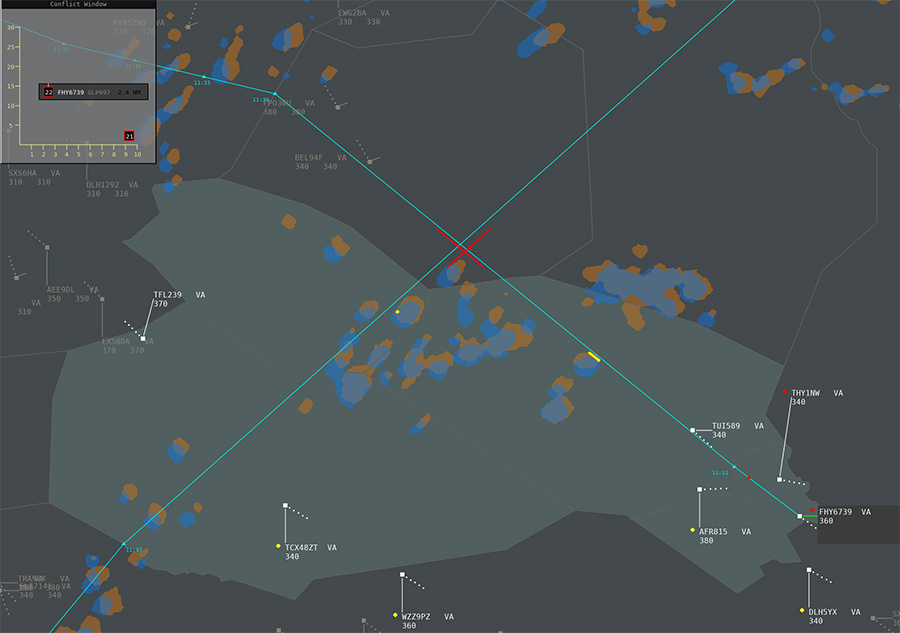 The COOPANS SESAR Consortium and AT-ONE recently completed tests on tools to support controllers in detecting adverse weather areas and conflicts in an effort to improve safety and flight efficiency. Miran Stojnić, a MET expert and exercise leader from Croatia Control, explains the concept, preliminary results and potential next steps for the validation exercise, which took place at NLR in Amsterdam at the beginning of April.

How can MET world help ATM?

Advanced meteorological (MET) observation and nowcast systems have been developed and are continuously being upgraded for the sake of aviation safety and flight efficiency. They use multiple MET sensors and advanced algorithms to detect, identify, track, and predict the movement, growth or decay of thunderstorm activity with high predictability, at least up to 15-30 minutes in the future.

Great examples of such advanced MET systems that were used in this validation exercise are CONVOY by Austro Control and Cb-global by DLR & WxFUSION GmbH.

What are adverse weather areas (AWAs)?

What is SESAR, and concretely your exercise, proposing?

We are working within the framework of the SESAR Horizon 2020 4DSkyways project (PJ.18W2) on a solution (Solution 53), which aims to improve ground trajectory prediction and separation management/monitoring tools by using aircraft trajectory data, more precise meteo data, improved algorithms and machine learning techniques.

As part of the solution, our exercise proposes that trajectory prediction and conflict detection and resolution tools should include these AWAs, allowing the advanced separation management system to perform more optimally in space and time where thunderstorms occur (i.e. most of the European airspace in the busiest part of the year).

What was the main objectives of the validation exercise?

COOPANS (Austro Control, Croatia Control) and AT-ONE (DLR, NLR) have teamed up as part of with the objective of making the AWA information easily accessible to the planner and executive controllers by integrating AWAs into the conflict detection tool.

Our goal was to validate the operational impact of integrating AWAs in conflict detection tools. The focus was on safety and human performance factors, e.g. the impact on controllers’ situational awareness and workload.

Do you already have preliminary results?

The preliminary results gained from the questionnaires and discussion among participants suggest that controllers found the integration of AWAs into in conflict detection tools to be operationally feasible and acceptable. Their integration should allow controllers to take early action in flight re-routing due to AWAs, thus directly contributing to safer and more cost-efficient ATM.

What are the next steps?

We now want to apply the solution to resolution advisories for further integration into the controllers’ tools, which we hope to test in high complexity and high traffic situations, hopefully under SESAR 3 JU umbrella. 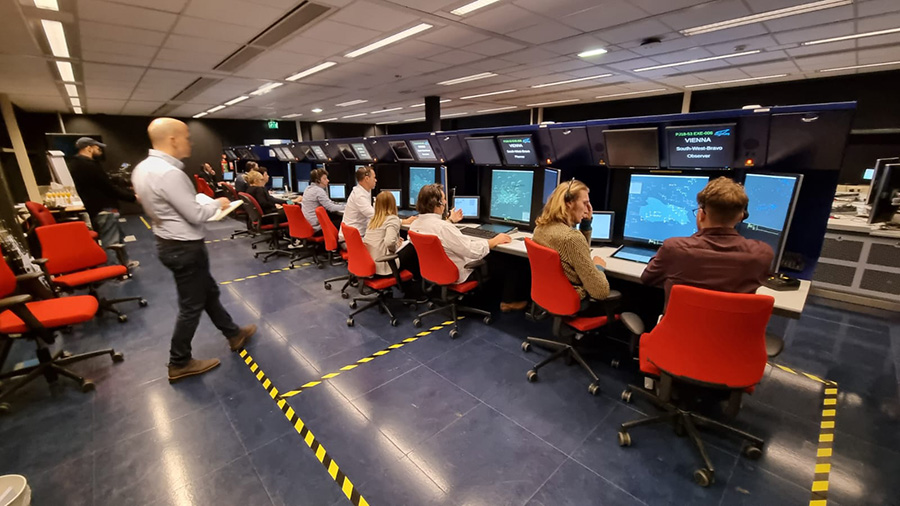 This project has received funding from the SESAR Joint Undertaking under the European Union's Horizon 2020 research and innovation program under grant agreement No 872320.